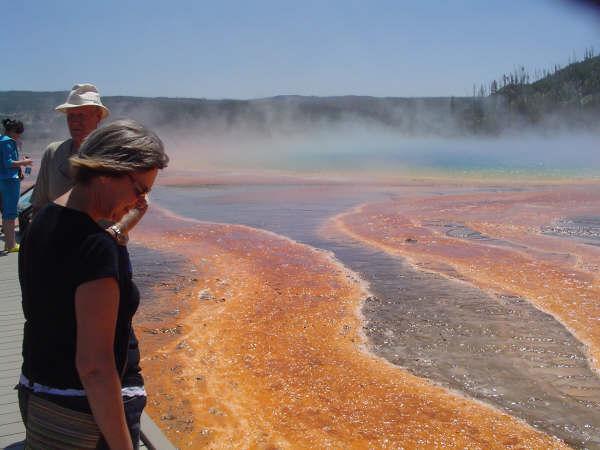 Are you superstitious? I can be. Mostly I look at patterns of events and try to explain them.

Years ago, Leon and I took an RV trip from Vancouver to Ottawa.  This is before we owned Roadie, when we were just a new couple. Leon owned a much larger RV aka The Land Yacht, maybe 27 feet long?  The plan was to visit Yellowstone NP, Mount Rushmore and a few other notable sights along the way. 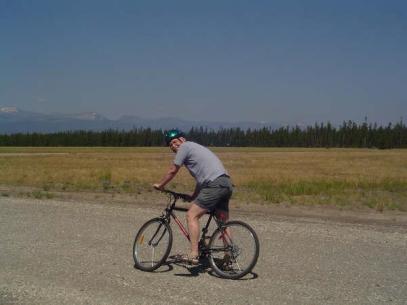 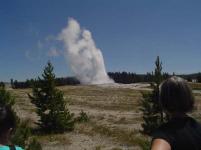 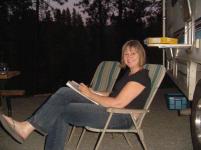 Our travels took us through the Black Hills in South Dakota.  The Hills were considered a sacred place by the First Nations and the American government of the time had promised they would remain untouched. Of course gold was discovered in the Hills and the Lakota lost their property rights soon after. I remember driving through that area and reading about it.

As we drove further east, we were congratulating ourselves on being ahead of schedule.

Driving along Interstate 90, we suddenly heard a loud bang coming from our rear wheels.  A blowout took out one of our 4 rear tires, pulling off the propane cable that went to the stove in the process. We pulled over and I walked to the nearest rest area to use the phone (this was well before we used cellphones). The autoclub came and replaced our tire after having driven to North Dakota to get the right one.  I was particularly scared to start the engine, fearful a gas leak would ignite. In the end, we drove back west to a small town to have the propane connection repaired.  We camped for the night and I can tell you that our usual Bloody Caesars were made with plenty of vodka.  I had to calm down somehow! 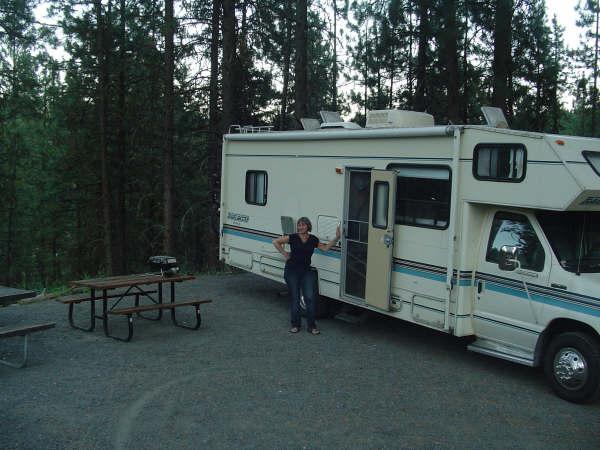 Once we reached Ottawa, we drove back to Vancouver through Canada, searching for all kinds of war treasures, aka artillery pieces, at the local towns.

Driving through Saskatchewan, Leon noticed a sign towards Cut Knife and thought it would be a good place to visit to search for artillery treasures.

Once again we heard a bang from the rear wheel.  This time the blown out tire damaged our septic pipes.  We literally left our shit on the road!  A nice indigenous man came by in his truck and gave us directions to the closest tire shop. Luckily, they happened to have just the right tire.

Months later, Leon arranged to fly to Ottawa for the Army Ball.  The entertainment included indigenous dancing such as the Maori Haka and dancing from some local First Nations.  I joked to Leon that if we left the ball to find our tires were flat, we would know we had a curse on us.

The evening ended without incident. Leon flew back to Vancouver and called me once he arrived home.  He was a little delayed, he said.  His car had a flat tire when he went to pick it up at the airport!

I’ve been telling this story for years since it happened.  We recently had a young cyclist drop in to see us.  Richie has been travelling through the US on his bicycle to bring awareness to human trafficking.  When we got to the subject of the Black Hills, I asked him if he had had any problems with his tires.  Sure enough, he had quite a delay in South Dakota due to 3 flat tires.  One of them was even difficult to understand as it was so unlikely a tire would be damaged in that way.  So I told him it was the Curse of the Black Hills.

Now do you believe me??

3 thoughts on “The Curse of the Black Hills”