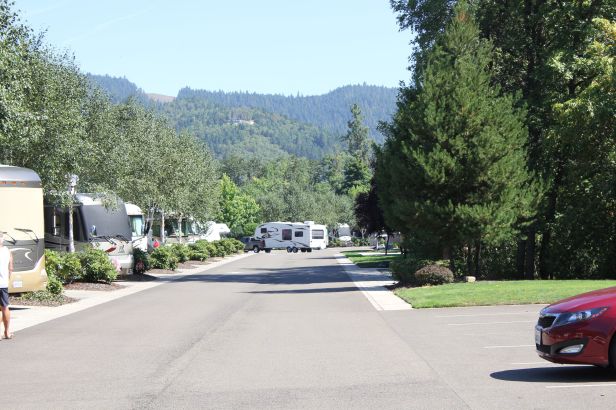 We are currently in El Paso, Texas.  This year’s winter holiday is taking us south east to visit the Gulf Coast states.  I know, it sounds like we have gone to the Middle East to check out some desert and camels.  But I am talking about the states along the Gulf of Mexico.  Although I am quite familiar with Florida, having visited a number of times, I have never been to Texas, Louisiana, Mississippi or Alabama before.  As a teacher, I never had time during the winter to visit these places and summer travelling would not be comfortable in such hot climates.  So the opportunity has finally presented itself this year.

The drive is a long one.  We left BC on February 23, trying to get ahead of a snow storm in Northern California and heavy winds and rains in Southern California. We were for the most part able to avoid those, except for a bit of precipitation on the way through the high country between Oregon and California.

On the first night, we decided to stop at that wonderful First Nations Casino RV Resort we had visited last winter.  It was clean, inexpensive and I had won $40 with an investment of only $2.  So I searched the map books and found the place in Oregon called 7 Feathers.  At least I thought that was the right place.

After driving 9 hours, we arrived after 7pm, in the dark and heavy rain.  We didn’t recognize any of it.  When I asked about the casino, the receptionist said they would shuttle us over as soon as we called them from our campsite. Odd, I remember us walking over last year.

We parked and hooked up the electricity, Leon trying not to get too drenched.  I figured we would just stay in for dinner and eat the chili I had brought from home.  The rain continued into the night.  At one point I couldn’t hear it, so I hoped it hadn’t turned to snow flurries.  Fortunately, we didn’t wake up to a foot of snow around our camper.

In the morning, we ate a quick breakfast and moved on, searching for signs of the resort we had stayed at last year.  We even drove around for a while on the grounds.  In the end, I think we were at a completely different place, possibly in a different state.  You see, this is why I write a blog.  How else can I remember my travels from year to year?

4 thoughts on “Travels with Roadie”