We met Sara and Stewart 5 yrs ago when she and I were on exchange in Australia.  They are a young couple from Scotland who we got to know during our year living and working north of Melbourne.  It was common for the 20 some teachers to get together during various planned activities that year.  Some of the teachers lived closer to each other, unlike Leon and I, so they had several social events.  Once in a while, Leon and I would make our way to the big city by train and join our new friends Matt, Sara, Stewart, Alys, Catherine T and Jocelyn and Mike.  It’s lovely that Sara and I have kept in touch all this time and we finally got to see them during their trip to Canada.

Of course being a new west coast resident, I was happy to plan activities that would showcase the iconic sights of Vancouver.  We started our first day of touring in False Creek with the hop on, hop off ferry bus.  From the Maritime Museum, we sailed under the Burrard Street Bridge to our first stop at Granville Island.  We wandered around the market and Sara and I looked in the shops while the guys went off to find a good seat at the Bridges Pub for a cold drink. 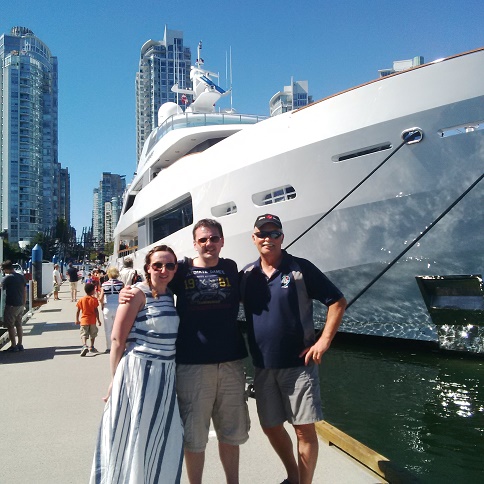 Next stop was Yaletown, where we found some amazing yatchs!  A few photos later, we decided to start walking towards the Telus Science Centre and eventually ended up at a very large brew pub called Craft where we enjoyed a late snack before heading back to our car via ferry. 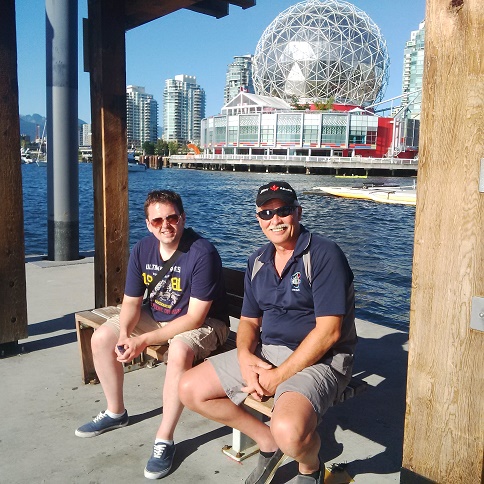 The views in False Creek are wonderful!  Leon told us the whole area was heavily industrial until the mid 1980s when it got cleaned up and gentrified for Expo 86.  In recent years, it was the site of some of the Olympic residences.  We could imagine the Craft Pub, an old salt factory, being a very popular venue for athletes and tourists in the winter of 2010.

Our ferry ride back was rather bumpy as the wind had come up and the outer parts of the harbour had very choppy waters. So much so, that we were on the very last ferry to the Maritime Museum as the waters were becoming unsafe for the little ferry buses.  A few minutes earlier, I had seen a group of paddle boarders head out in that direction.  I wonder what they thought when they passed under the Burrard St. Bridge and were faced with very unsettled conditions? 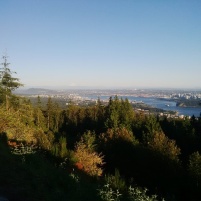 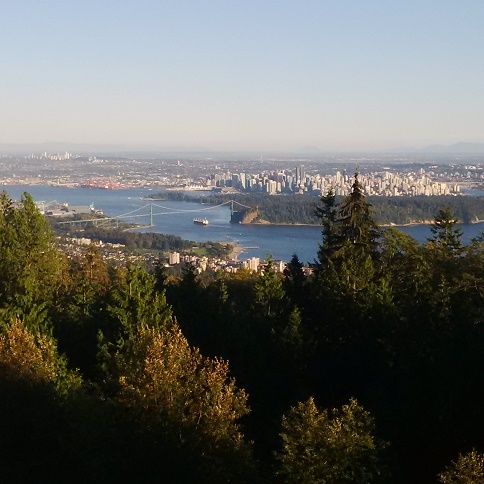 We got back in the car and decided to drive up to Cypress Mountain over on the North Shore to see the city from that perspective.  We were not disappointed!  I had never been to this lookout.  We could see as far as White Rock and to the US beyond as well as beautiful Mount Baker in the background.  Just amazing!

2 thoughts on “Sara and Stewart come to Canada”