I came late to the use of video streaming, even though I have worked with educational technology for years.  I remember getting a membership to Super Channel from my cable provider in the 1980s so we could watch newer release movies.  When my kids suggested we get Netflix, I thought it was just another Super Channel, where movies were repeated over and over in different time slots.  As Leon and I don’t watch a lot of TV, I figured that would be a waste of my money.

I finally started using Netflix in my classroom about 3 yrs ago so I wouldn’t be downloading pirated copies of movies we felt complimented the curriculum.  I got my own membership.  And I didn’t start using it at home until about a year later when we got the Smart TV.

Last fall, my daughter suggested we watch House of Cards as it reminded her of my husband and I working on his political campaign.  Although we are not anything like the two main characters, I have to say the show became a pleasant pastime as we tried to relax each evening during the record breaking long campaign.  We managed to complete all 3 seasons in a few weeks.

We rediscovered Netflix series this month when we watched the newest season of House of Cards.  With that completed, I started to look around for some other series we might enjoy.  I’ve found 2 that are slightly addictive, in my opinion.  One is the Swedish production called 30 degrees in February.  The plot line intrigued us as it mentioned Swedes going to Thailand to change their lives.  After watching the only season,  Leon looked up the show and found it was the most popular TV show in Sweden in 2012.  The newest season is now showing on their tv network.  I can only hope Netflix picks it up soon. 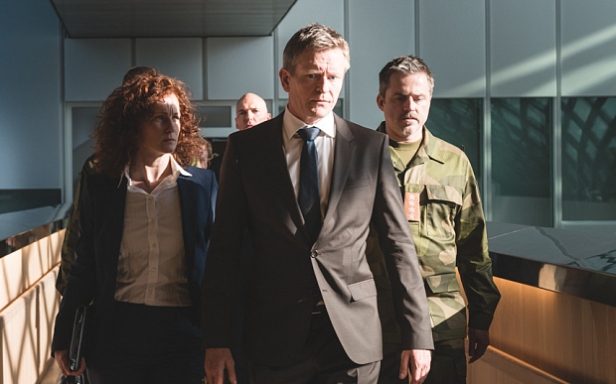 The series we are currently watching is called Occupied. This one is a Norwegian production that has a lot of political intrigue.  It looks like there is only one season available, unfortunately.  But with the plot line, I would imagine the story has to come to a conclusion. But wait, I see they have a second season planned, but no start date yet.

So, if you don’t mind subtitles and like a different point of view, these shows might appeal to you.  We are quickly getting into warmer weather, so I doubt we will be looking for many more shows to watch over the summer months.  I think time will be spent outside, travelling to Vancouver Island and getting some waterfront time in whenever I can. And ferry rides.  Don’t forget the ferry rides…

2 thoughts on “Do you Netflix?”