It’s the ocean life for me! 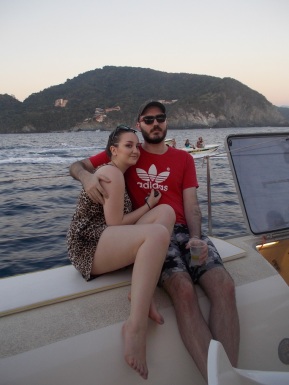 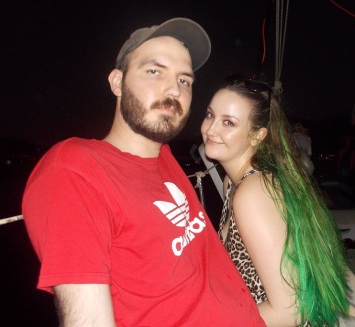 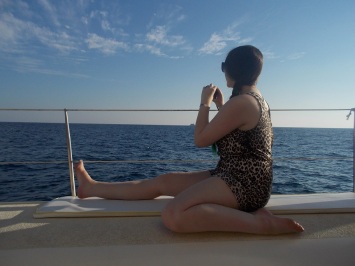 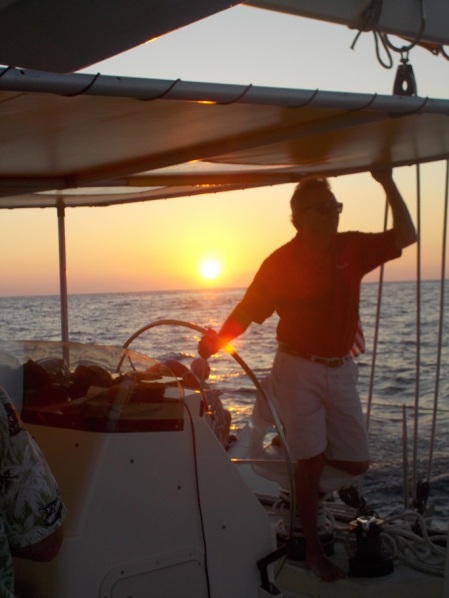 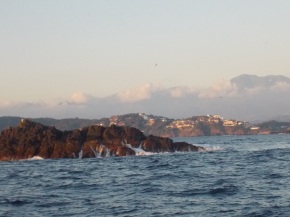 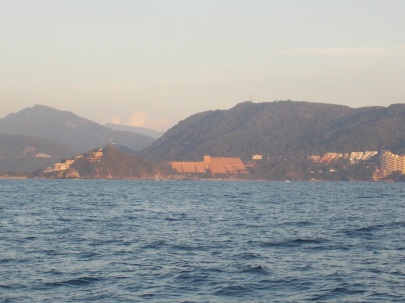 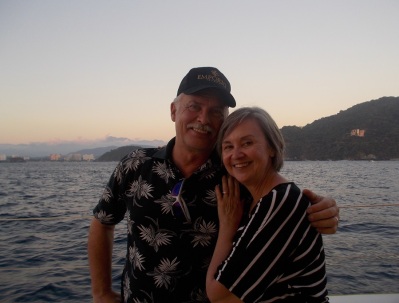 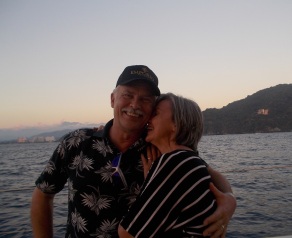 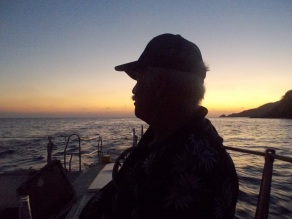 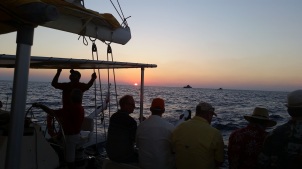 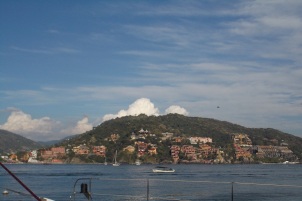 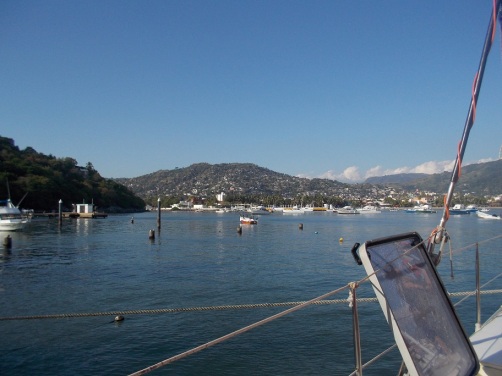 If you follow my blog, you know that I love the ocean.  No tropical vacation is complete without some time spent in or on the water.  We decided to take a sunset catamaran cruise on the Picante.  My daughter wanted to stay out of the mid day sun, so a late afternoon spent visiting the Zihuatanejo and Ixtapan waterfronts, a bit of a snack and an open bar at sunset seemed like a great idea!

We boarded our tour bus at 3:30pm.  We were almost the first to board and I was sort of hoping it would be a small group for the cruise.  The next stop was a more ritzy hotel where about 25 very gregarious passengers gone on, complete with their big bubba keg style mugs.  I suspect they had been partying for quite some time and planned to drink up while on board the catamaran too.

Our next stop was the exclusive Las Brisas hotel where 3 more passengers got on. Leon started a conversation with them and asked where they were from. It turned out they were from Quebec City, visiting a relative in the Mexico City area.  When I said I was born in Quebec, they quickly questioned me about the neighbourhood I had grown up in the city.  I told them it was actually my parents who were from there and they seemed to be disappointed by my answers.  Then they proceeded to criticize their airline carrier, which I happen to find quite good these past years.  So he we were on a bus with the loud, soon to be drunk bunch and the snobby French Canadians.  Sheesh!

The bus made its way through the narrow back roads of Zihuatanejo towards the port where the catamaran awaited.  It was a nice ship with a bright yellow canopy to shade us from the hot sun.  We were underway in no time as the captain pointed out the various beaches and famous landmarks including a mansion known as the Parthenon and the very famous Las Brisas hotel.  We could see our hotel along the Ixtapa beach strip.  The trip was lovely in spite of the very thirsty loud group, some of which insisted a joint would be a good addition to the beverages.  All the more to improve their appetites?  The captain was unhappy about that and managed to stop them before they started doing tequila shots.

The trip back on the bus was uneventful, thankfully.  When the last loud tourist got off the bus, they told us they felt sorry for us if we weren’t having fun.  We all agreed that we were having more fun now that they had returned to their hotel.  It also reaffirmed why I was glad to have chosen a quiet hotel with only breakfast included.  By the way, some people think that an all inclusive vacation is less expensive, but Leon and I calculated that we spent the same amount buying our own food and drinks (and we ate and drank to our satisfaction) than if we would have paid for it all up front.  The only thing I would have added to our vacation was free watersports like sailing or snorkeling.  And the only beverage that I found lacking was a cup of tea in the afternoon or evening.

We had another water-based day on Saturday, our last day in Ixtapa.  We decided to take a water taxi to the island of Ixtapa for a day at the beach and maybe a nice lunch.  The island is a 10 minute boat ride from the mainland, sort of in front of the Club Med resort.  We made our way to the pier where we were met by a nice man who asked what activities we would like to do on the island.  They offer swimming and snorkeling as well as dining.  It turns out they have several waiters who work on the island at the various restaurants.  They come to shore and pick up customers which they assign themselves to for the day.

Our nice waiter took us to the snorkeling beach, sat us under the shade of palapas and brought us yummy drinks.  I checked out the beach but the coral reef was too close to the shore to enter without damaging it.  And there was a lot of dead coral on the beach, unfortunately.  So I took a short walk on the beach instead.  Then we walked over to the swimming beach we have arrived on by boat.  The water was calm and warm.  So nice!

Leon and I decided to explore the island a bit more and walked up the stone steps to what looked like a small hotel and several other restaurants on another large swimming beach.  In the meantime our waiter was hoping we would order more drinks or food and I felt bad as I knew he wasn’t making much of an income from us so far.  So when we returned to our palapa, we ordered a large plate of mixed seafood and more drinks.  It turned out to be a very pricey afternoon, mostly due to the meal, but it was a great way to end the holiday.

On our return to the hotel, Ariane and Nick went their own way into town while Leon and I stood in the pool and had a few more drinks while planning our next vacation and making new friends.