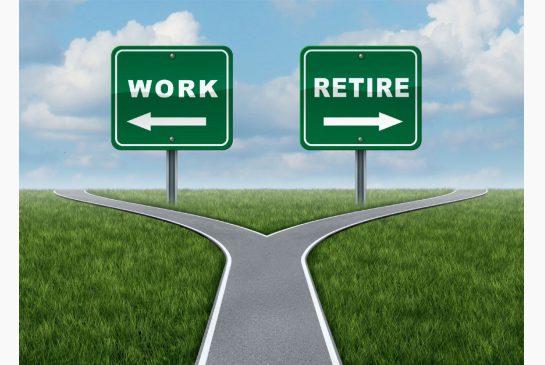 At what point does retirement really start?  Is it the day following the last day of work?  On the day our letter of resignation is accepted?  How about right after the retirement celebrations?  Or maybe after the summer vacation ends and we don’t go back to school? Maybe retirement is a feeling, not a point in time.

I retired on July 9, 2015.  School had been done for over a week, but I had to wait for an insurance adjusted to tell me I was not eligible for long term disability to submit my resignation.  The decision not to return to teaching in the fall had been made some time in May, but I couldn’t say if I would be retired or on sick leave.  This was not the way I have predicted my last months of teaching would end.

After a year on teaching exchange in Australia, I returned to my job in Canada refreshed and wanting to share my experiences with my students and colleagues.  My husband was on the verge of retirement and patiently moved to Ontario from BC while I put in my last five years at work.  We soon came up with a plan to go on another exchange in 2015, then I would return to my job for one last semester and retire in June 2016 when I had hit my 85 factor.

This plan could not be implemented as my school board refused to let me go on a second exchange and was not willing to endorse my application for a job at a school in Europe. I suddenly felt as if the wind had been knocked out of me and started to think retirement could not come soon enough. Many of my friends and colleagues were retired and we had the pull of our family wanting us to settle in BC as soon as we could.

I looked forward to downsizing from our single home in Ontario, selling off our furnishings and shopping for a new house in BC.  But I imagined we would travel in our camper for maybe a year before the “for sale” sign went up on the house.  By fall of 2014, I was starting to have severe problems with neuropathy and insomnia.  Part of me wanted to finish my career by leaving a legacy of new curriculum and online resources, part of me just wanted to sleep normally.  By November, it became clear that I needed to take some sick leave.  I hoped to put it off until the new semester in Feb 2015, but someone counselled me to attend to my health immediately, rather than wait for an arbitrary date.

Isn’t that what retirement is, an arbitrary date? It would seem that was my belief until recently and it would probably account for me not feeling retired yet.  It’s like I am waiting to start that new chapter but I haven’t got everything in place to get started.  And mostly, I don’t feel ready to be retired.

I know that most people wake up on the first day after they cease working and probably attend to their new routine which incorporates many of their old habits.  For instance, I might imagine getting up later than usual, making my way down to the kitchen for a cup of tea, reading my emails while enjoying watching the birds through the family room window.  My day would involve planning a great trip, chatting with friends and catching up on all those hobbies and activities I seem to have put aside for say 40 yrs.  But this is not at all how my first days of retirement happened.

At some point that December, my husband decided he wanted to run for political office in BC. This involved moving a year sooner than planned, establishing a presence and a home in a new community and living a long distance relationship with his wife until I could join him in the summer months.  It seemed a bit crazy but it also made sense that he would go ahead and pave the way for us.

I managed to travel a few times to join him and spent the rest of my time selling house and belongings, following up with doctors and insurance adjusters and getting ready for the move of my life.  When I arrived in July, the political campaign got underway with me as the number one volunteer.  It was a great way to meet people but it didn’t have any resemblance to my retirement dream. Stress levels were higher than ever, insomnia was a daily reality and the one thing that was holding our relationship solidly together was our sense of adventure.  Thank goodness we both like a challenge!

Once the election was over, the adrenaline stopped flowing so freely and I found myself at a low point.  I had already put in place many of the plans I had for retirement such as moving closer to the ocean, downsizing, finding a community where I could walk to most services and getting involved in some small volunteer projects.  I was able to pursue some of my hobbies as planned.  So why don’t I feel elated that I am retired?  Probably because I’ve discovered that retirement is not a status, like employment, but rather a change or perhaps a collection of changes in my lifestyle.

As I examine the changes I have made, they are numerous and profound, yet they have not been assimilated into my being.  I have a tentative routine yet I have little sense of what this lifestyle is becoming.  When I was a teacher, I felt I was part of a community of educators.  I spoke and acted like a teacher, even during summer holiday (my husband can attest to that).  But I haven’t figured out how to be a retiree yet.  And I guess I am afraid that the term retiree seems finite to me, as if I have arrived at a final destination, rather than just took a different path at the forked road.  So maybe retirement is just a decision to change paths?  And with this realization, perhaps I can reassure myself that there are plenty of adventures and opportunities ahead?

I still don’t know what I want to be when I grow up.  I think it has to involve continued learning, the ability to use the skills I’ve acquired over my many working years and plenty of leisure time to pursue those hobbies that I never tire of or to sleep as much as I need to (which seems a lot now that the insomnia is under control). I wish the path were clearer.  What a contrast to my professional self where I felt so accomplished and in control of my days.  I could complain that things were not as I wished, but could lay the responsibility for that on outside forces.  Who will I blame if my retirement doesn’t suit me?  I suppose I will have to cultivate a sense of control and competence in this phase of my life.  Oh but it is scary! During a recent conversation with my financial advisor, he stated that I must find it hard to be retired.  I asked what he meant and he said the lack of control. It’s not at all like my classroom, that’s for sure.

I wish I could conclude this essay with some definitive statement, but I really seem to have more questions than answers at this point.  As I used to say: “Just when I had all the answers, they went and changed the questions.” Darn!

8 thoughts on “But I don’t feel retired!”