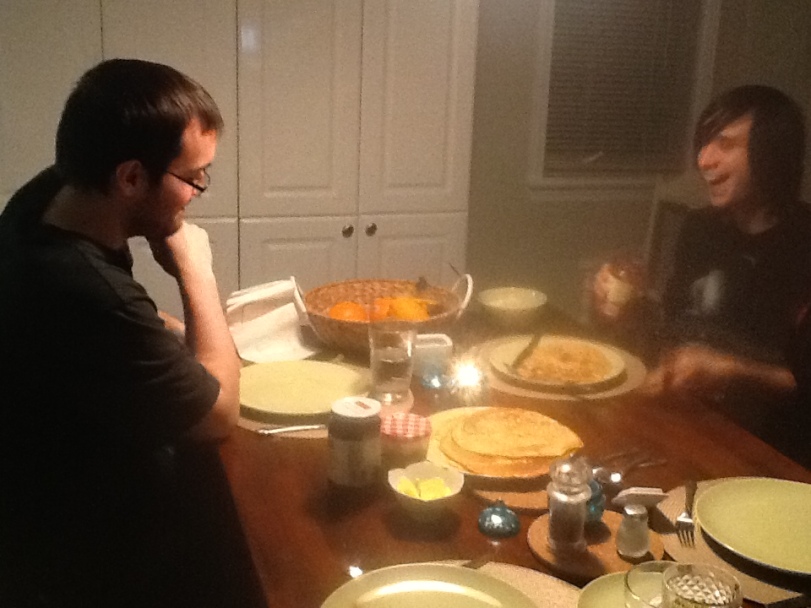 2013 is coming to an end. Where has the time gone? Last year at this time, we welcomed the New Year in Cozumel, Mexico, trying our hand at scuba diving after a 25 year hiatus. I had heard many years ago that Cozumel has some of the best diving in the world, second to the Great Barrier Reef. After 2 dives, I remembered just why it’s my favourite sport! Winter was quite cold and snowy last year, so we followed up with a second trip to Mexico, this time to Los Cabos. Leon’s son and his family joined us for the week and we spoiled ourselves by upgrading to the big suite with a full sized hot tub overlooking the ocean, where the whales delighted us with a show several times a day.

Leon and the kids continued their studies as planned. But Leon was feeling especially ambitious, so he continued classes over the inter-session and into the summer months. One of the summer courses was French. Luckily, we happened to be visiting the whole East Coast this year, so he got to practice his French a great number of times. Talk about experiential learning! We are still talking about our tour of Newfoundland where we met some great new friends, saw icebergs and managed to skip over to France (St.Pierre et Miquelon) for a night. I think the highlight of the trip may have been the Magdalen Islands, Quebec’s best kept secret. I would describe it as our Caribbean with cooler waters and a much shorter season. Of course, no trip to the coast is complete without tasting the local delicacies. Believe me, we had our share of cod, lobster and scallops! The last lobster we purchased was over 4 lbs! I didn’t think I could get tired of eating lobster, but I never had even a taste of one when we concluded our holiday in Old Orchard, Maine. We came home after 7 weeks, raving about our beautiful country and ready for another coastal adventure next year.  We loved dreaming about living on the oceanfront, so I thought it might be fun to visit some actual homes for sale next summer when we go to the Gulf Islands and the BC Coast.

Renovations around the house were minor, sort of… The city decided it didn’t like the location of our hot tub, so after much paperwork, Leon moved it 2.5 feet from its original location and relaid the whole patio in the process! As if that wasn’t enough, I insisted we needed a pergola to finish the back of the house, so a new, improved deck was erected, with the help of Leon’s youngest son, Bradyn.

Speaking of Bradyn, he decided to enter academia this year, following his father into St. Paul’s Conflict Studies program. He’s done well so far but really wants to switch his major to Psychology and move his studies to Ottawa U. To help support his studies, he’s even taken a job removing snow – pretty impressive for a BC boy.  After several very long shifts, he says he still likes the snow.  I can’t same the same for myself. 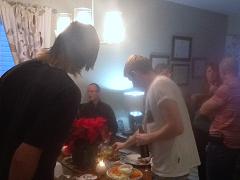 As for the other offspring, Earl decided he’d rather write for movies than periodicals so he is now in the Scriptwriting program at Algonquin College. And lovely Ariane has finally graduated from university after 5 years of studies in Theatre. She is looking to pursue her career in Production Management but has a good job at Yves Rocher to help pay her bills in the meantime. The New Year will hold a lot of changes for her and her partner Nick as they plan to share a home together and get on to their chosen careers. 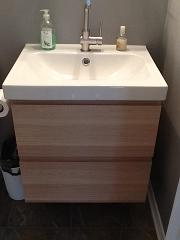 This New Year’s, we plan to continue our tradition of ringing in the year in a hot climate with a trip to Antigua. And further on the horizon are more house renos (mostly the master ensuite bathroom) and our planned trip to the Gulf Islands of BC and maybe even up to Alaska.

Christmas around here will be quiet, as it should be.  I’ve already had 2 Christmas parties at the house and one work party at a co-worker’s house.  I’ve been off work for 3 days and have been baking and doing a puzzle with my son while my daughter is busy with her retail job.  Last night was especially cozy at home with both kids as we watched an old classic “The Sound of Music”. Christmas Eve will be spent with my children, first at Mass then here as we open the doors once again, this time for a game’s night.  The kids have invited their “orphaned” friends to join us and we are hoping it will be a great way to spend Christmas.  Leon has left for BC to join his own children and we will meet up again on December 26 for our own holiday celebration.

So, to all of you, have the most wonderful Christmas, no matter where your plans take you. Stay warm, safe and healthy.  And count your blessings, as I am.  We have so much to be thankful for.

4 thoughts on “Christmas wishes and reminiscing”