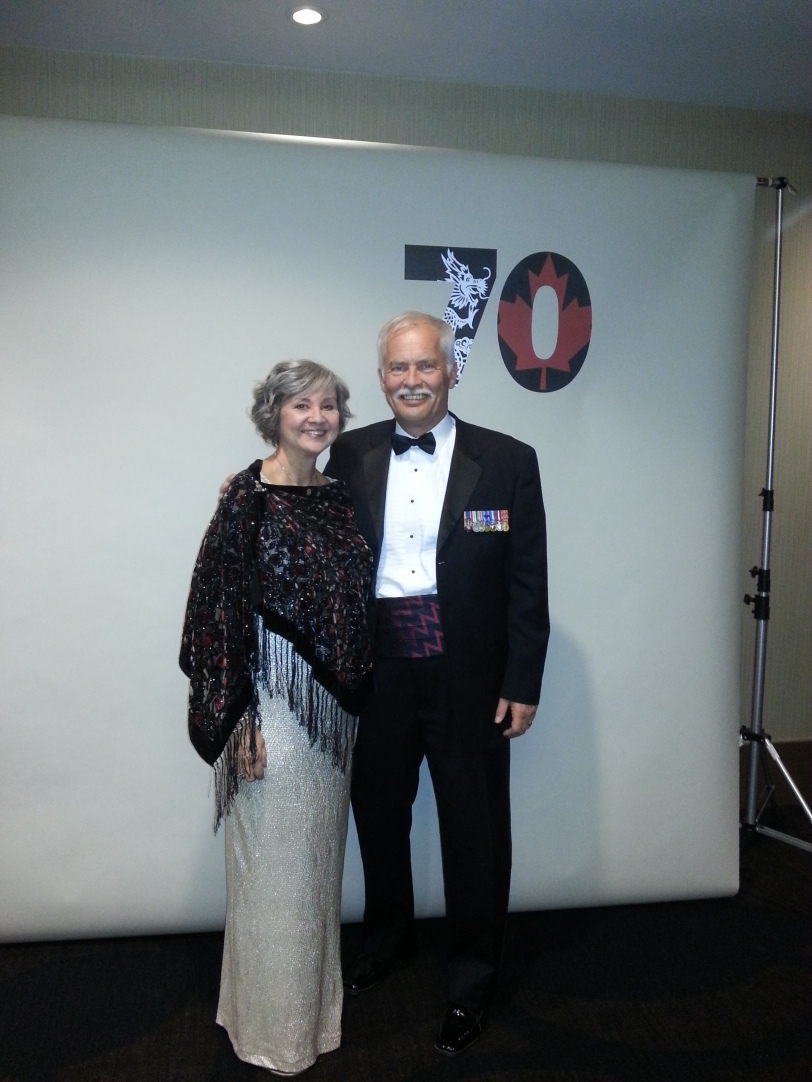 Here’s a long overdue account of a gala Leon and I attended in October, just after the election.  The event was held to commemorate the 70th anniversary of the end of the Second World Ward in support of the Chinese Canadian Military Museum.

We started the evening with cocktails outside the dining room were we met with some of Leon’s military colleagues, notably the soon to be appointment “Bad Ass” Minister of National Defence Harjit Sajjan.  Leon and Harj have known each other for a number of years and worked together more recently as candidates for Team Trudeau.  I was full of questions for Harjit about where his office would be located in the constituency, what he would be doing in Ottawa, etc., but he couldn’t answer one of them at the time.

We then sat down to dinner and the many presentations of the evening. The most heart-warming part of the program was the arrival and introduction of the WWII vets who were honored that evening.  By my quick count, I can’t imagine any of them could have been younger than 90!  Incredible to see them still so proud and surprisingly solid.  What memories they must have to share!

After dinner, we were treated to the keynote speech by LGen (Ret’d) the Honourable Romeo Dallaire.  This was the reason I had wanted to come to this event.  I have met LGen Dallaire on a few occasions and heard him introduce other speakers, but I had never heard his full presentation before.  I was awestruck!  Here is a man with passion who speaks clearly, slowly, without the use of notes about his cause to stop children from being used as weapons of war.  This eloquent speech left me quite moved.

So, being somewhat of a groupie, I followed the gentlemen out as they were preparing to have their photos taken.  I was hoping to introduce myself once again to the LGen, but the moment never materialized.  Of well, perhaps another time.

PS, the handsome gentleman at the back of the group is my very own Leon, of course.