On our last day in Rhodes, we decided to have a morning swim at the pool then check out and visit nearby ancient cities. We went to Ancient Kamiros, built along a hillside in a traditional Hellenic style. The town is still very well preserved even though you can tell the archaeologists have left their mark and some structures have been shored up to preserve them. We walked along the city perimeter and got a good sense of the size of this ancient town.  By the way, it is hot in Greece! Going up and down stairs and hills is thirsty work, so we stop often for water or a lemonade. 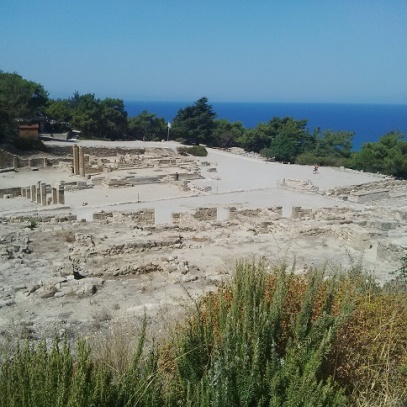 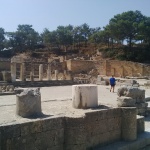 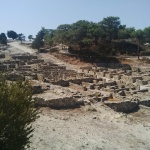 We still had some time before our late afternoon flight back to Athens, so we drove to Kritinia, an imposing 15th century castle meant to warn against pirate attacks. Some of the stairway up to the castle is modern and well lit, but once you get close to the front gate, you need to be half goat to walk comfortably. We wandered around for a time and climbed back down to the parking. Some of the structure had modern windows but that part was not open to be visited, unfortunately. On the topic of goats, we saw a great number of them, often along the roadside. They looked rather friendly but I didn’t stop to introduce myself. 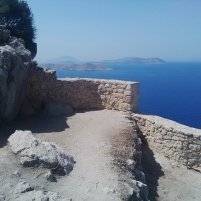 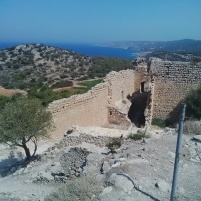 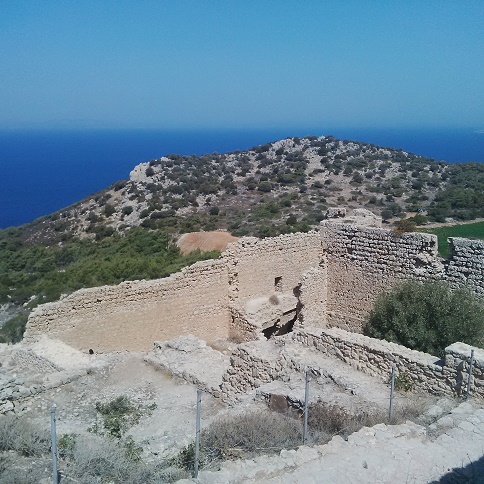 We stopped one last time for a leisurely lunch on the waterfront. I had a delicious grilled fish while Leon had his usual Greek salad. Then we drove to the airport to check in for our flight. Our next adventure continues on another island, Aegina, closer to the port of Piraeus. Here we go for another ferry ride!

4 thoughts on “Ancient cities and castles in Rhodes”